During the exhibition, a number of events were held, including “Made in China 2025 & Germany’s Industry 4.0 Summit”, “2015 International Advanced Manufacturing Industry (China Dongguan) Summit”, “6th International Conference on Mould Materials and Parts Applications”, “The Best Casting Competition” and over 40 seminars and press conferences.

Mr Hu Chun Hua, Secretary of Guangdong province, and Mr Huai Jin Peng, Vice Minister of Ministry of Industry and Information Technology visited GIRIE EXPO. Mr Huai Jin Peng encouraged enterprises of Houjie to keep up with the innovative development strategies and to facilitate the development of robots and intelligent equipment, in order to achieve a breakthrough in advanced equipment manufacturing industry and to continuously uplift the automation standard of machine manufacturing industry in China.

Exhibitors and Buyers from Around the World

DMP gathered world-renowned machine manufacturers such as Wittmann Battenfeld, HAAS from the US, Fanuc from Japan, Dalian Machine Tool, GSK, Topstar, JSW, Star Seiki, Sodick, Yushin from Japan, Harvest Star, Dachuan, showcasing state-of-the-art machines and technologies of the world. The latest robots and intelligent equipment were highlights of the show.

Exhibitors from Around the World

Total no. of visitors: 107200, mainly professionals and buyers, above 95% are professionals. Visitors came from the following countries and areas:

Buyers by China provinces: (To be confirmed)

Buyers by Guangdong City: (To be confirmed)

Buyers by Company Scale of Employee: (To be confirmed)

By Company Type: (To be confirmed)

How do you know about this exhibition? (To be confirmed)

Business Nature: (To be confirmed)

Job Position (To be confirmed) 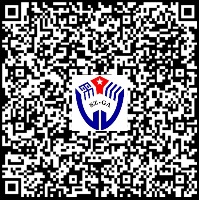